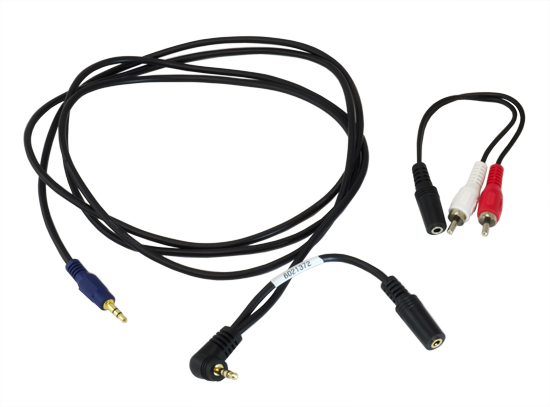 Record game play and chat with any Hauppauge game recorder

When you plug a headset into a PS4 or Xbox One controller, the game console shuts off HDMI audio, which prevent you from streaming or recording game audio. You can use the Hauppauge Chat Cable To get audio back into your recordings or video streams. At the same time, it adds multi-player chat.

With consoles like the Xbox One and PS4, chat is provided to your headset when playing multi-player games. The Hauppauge Chat Cable can 'split' the headset audio and send it to your PC (the LineIn jack on your PC) where Hauppauge Capture will mix it into your recording. This also works for Twitch/YouTube streaming.

No Audio when plugging in your headset? Hauppauge Chat Cable to the rescue!

Some game consoles and PC games systems turn off HDMI audio when a headset is plugged in. When this happens, you will get video but no audio in your HD PVR recordings. But you can use the Hauppauge Chat Cable to add the audio back in to recordings. At the same time, multiparty chat will also be recorded.

How to use the Chat Cable

How does the Hauppauge Chat cable work?

The Hauppauge Chat cable is an audio splitter cable. It takes the audio you hear in your headset (game audio plus multiparty chat) and sends it to your PC so it can be recorded or streamed using Hauppauge Capture, OBS, XSplit or other streaming and recording applications.

The microphone pin is not used in the long end of the Chat cable to avoid disturbing the microphone audio. This means that to have your commentary in recordings, you will need to use a separate microphone plugged into your PC's microphone input jack (the pink jack on the back of Windows PCs).

Any questions? Please email us at techsupport@hauppauge.com

There are three ways to connect the Hauppauge Chat Cable

Notes: HD PVR 60 can only be used with Method 1: Use the LineIn jack on your PC

The HD PVR Pro 60 has a built-in audio mixer for the PS4 headset and controller, so the chat cable is not required.

Method 1: Use the LineIn jack on your PC (for all game recorders plus OBS)

Method 2: Use the AV In jack on the back of a Hauppauge recorder (HD PVR 2, Rocket and Colossus 2) 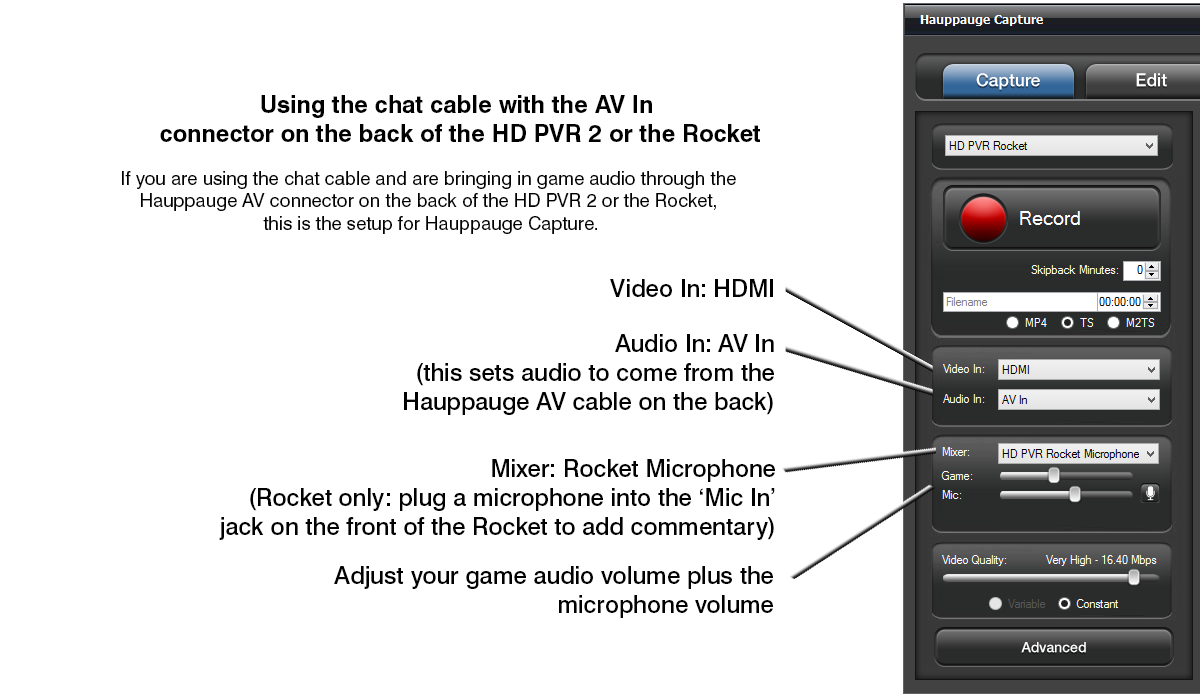 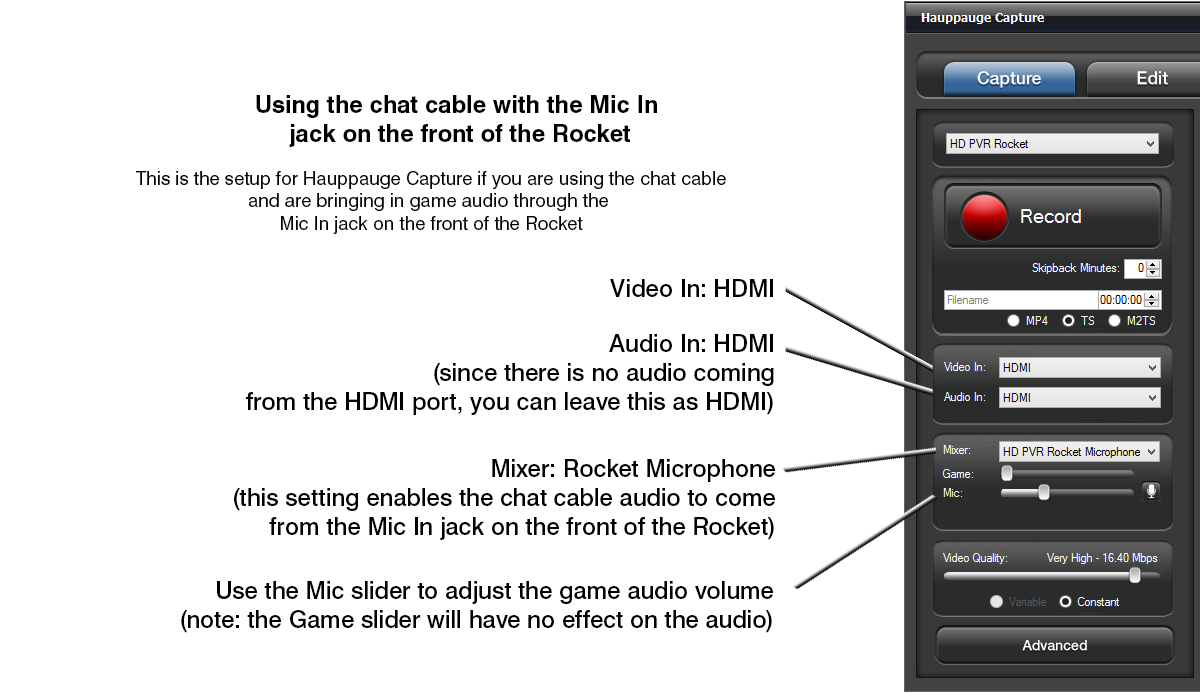 Method 3: For the Rocket, you can plug the Chat Cable into the Mic In jack on the front of the Rocket

Note: HD PVR 60 can only be used with Method 1: Use the LineIn jack on your PC

Any questions? Please email us at techsupport@hauppauge.com